Below is a list of previous meetings of the Atheist & Christian Book Club. You can see the date and topic for our next meeting, and sign up to join us for a meal and interesting discussion. Your donation helps make this club possible. 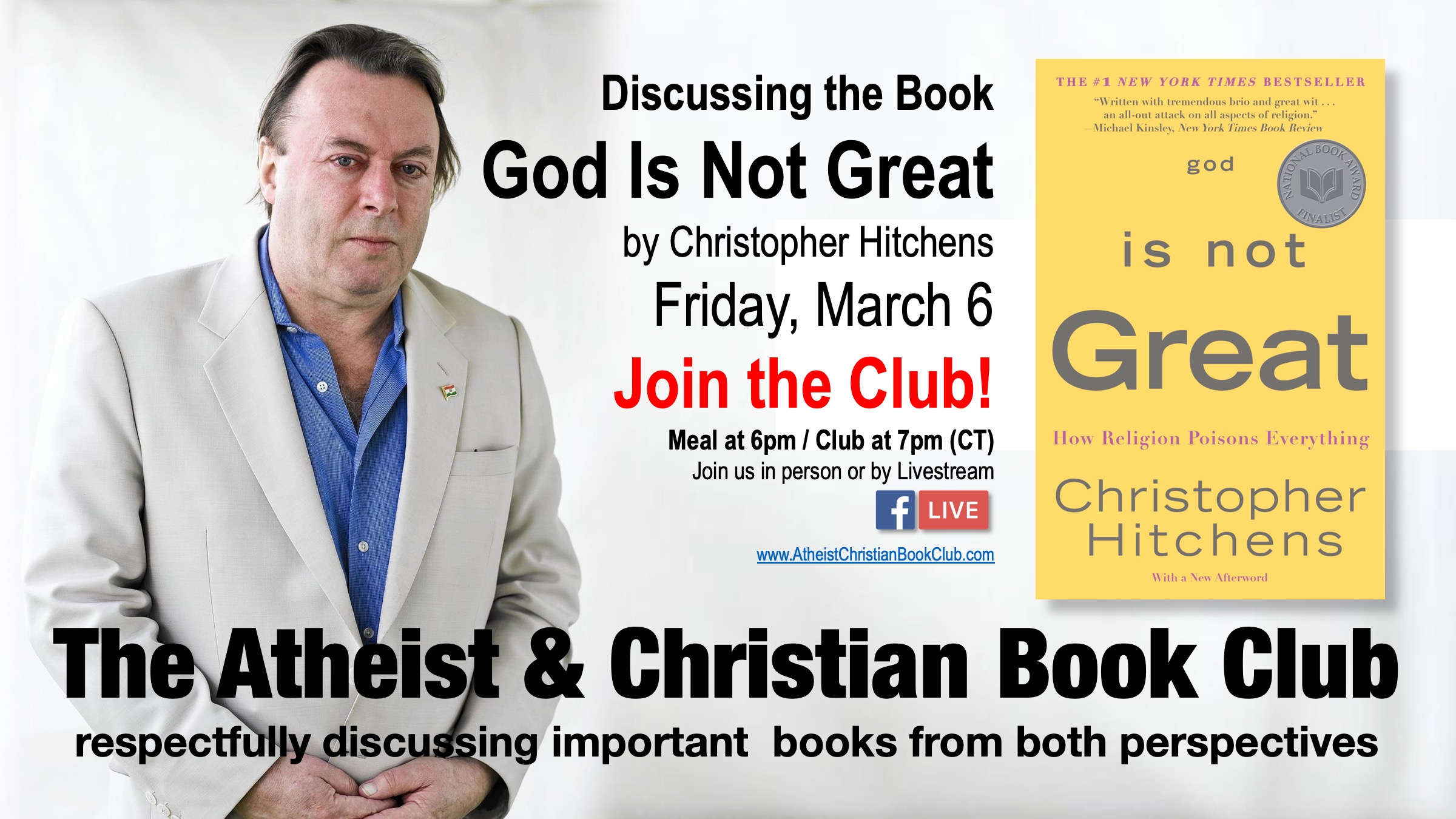 March 6, 2020: God Is Not Great by the late Christopher Hitchens, an English-American author, columnist, essayist, orator, journalist, and social critic. Hitchens was a bestselling author, outspoken atheist and “anti-theist.” He helped popularize atheism in Western culture and was known as one of the “four horsemen” of the New Atheism. Watch Now! 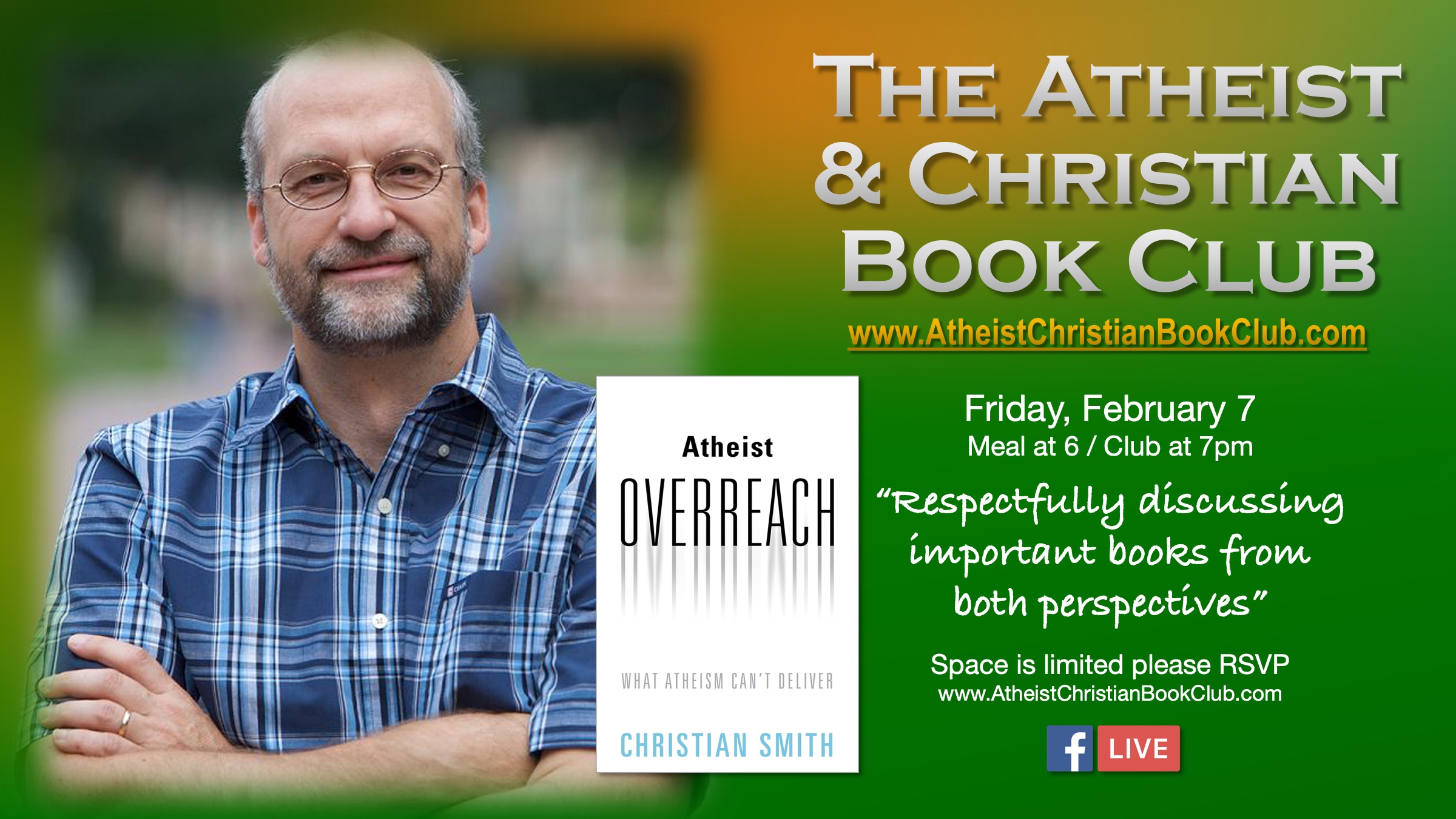 February 2020: Atheist Overreach — What Atheism Can’t Deliver by Christian Smith, Professor of Sociology at the University of Notre Dame. Dr. Smith joined the club by video conferencing to take our questions. Watch Now! 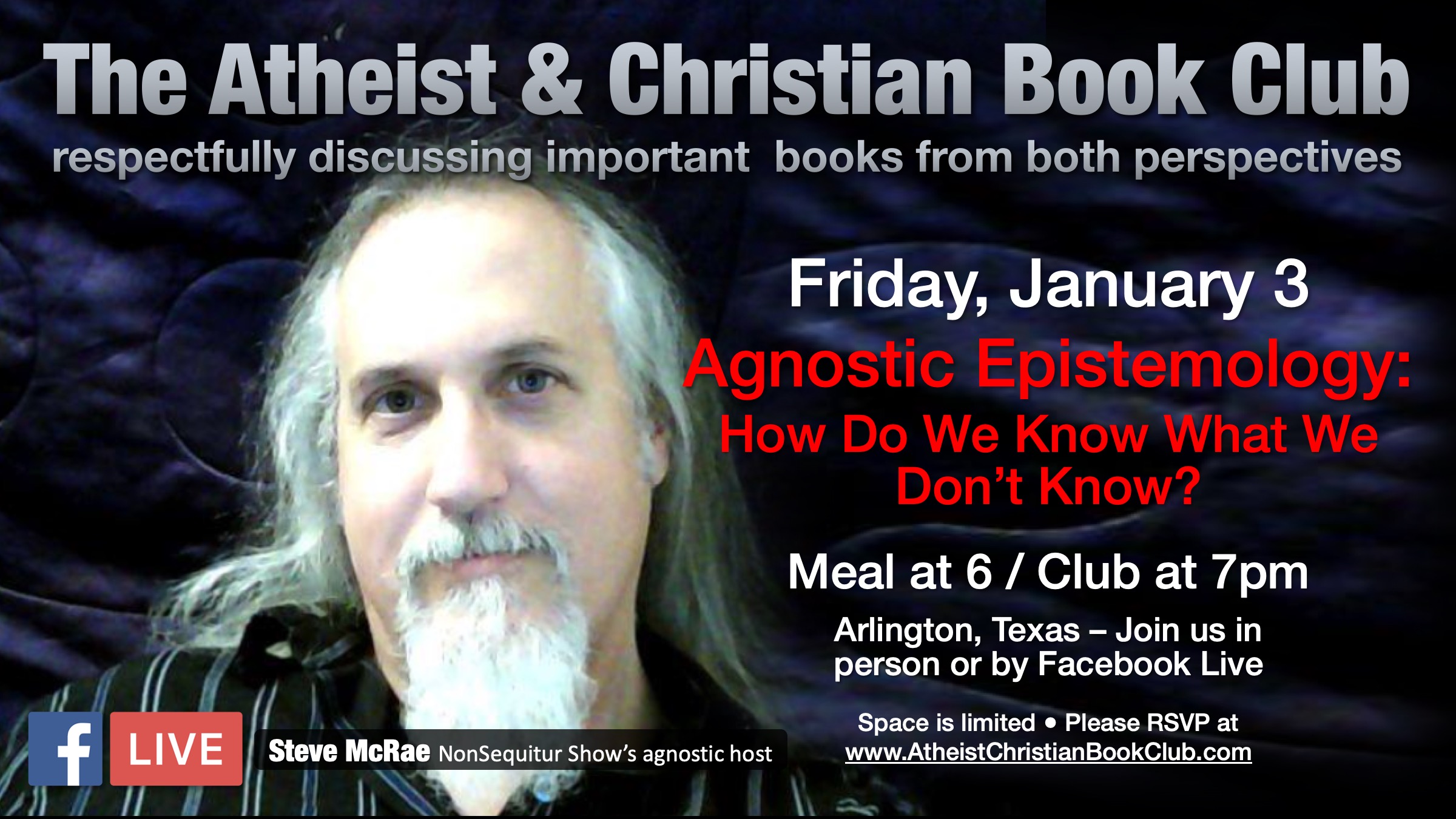 January 2020: IN PERSON — Steve McRae, host of The Non Sequitur Show, discussing “Agnostic Epistemology — How Do We Know What We Don’t Know?” and taking questions. Watch Now! 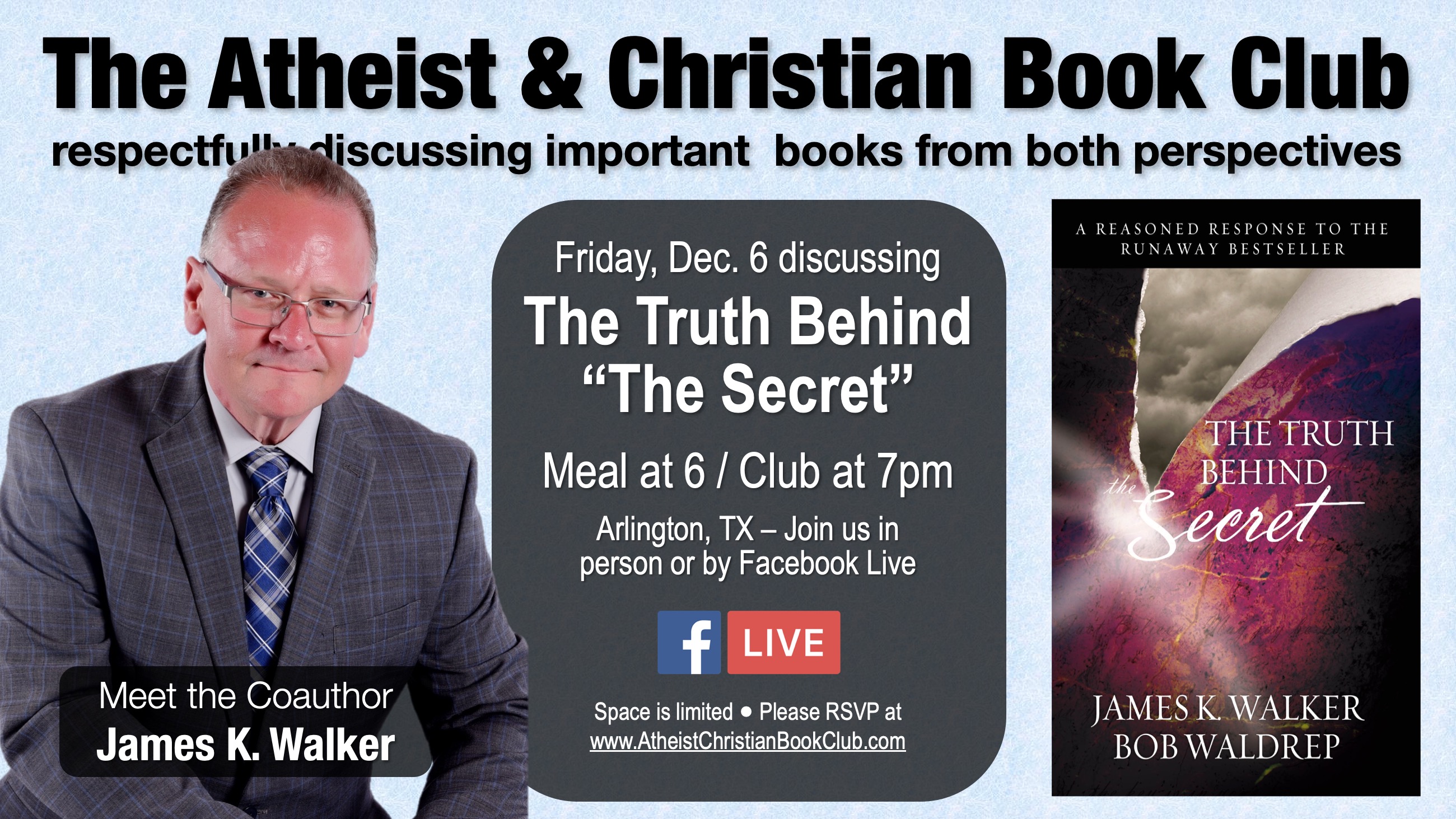 December 2019: The Truth Behind ‘The Secret’ by James Walker and Bob Waldrep. IN PERSON — James Walker, cofounder of the book club, discussing his book and taking questions. Watch Now! 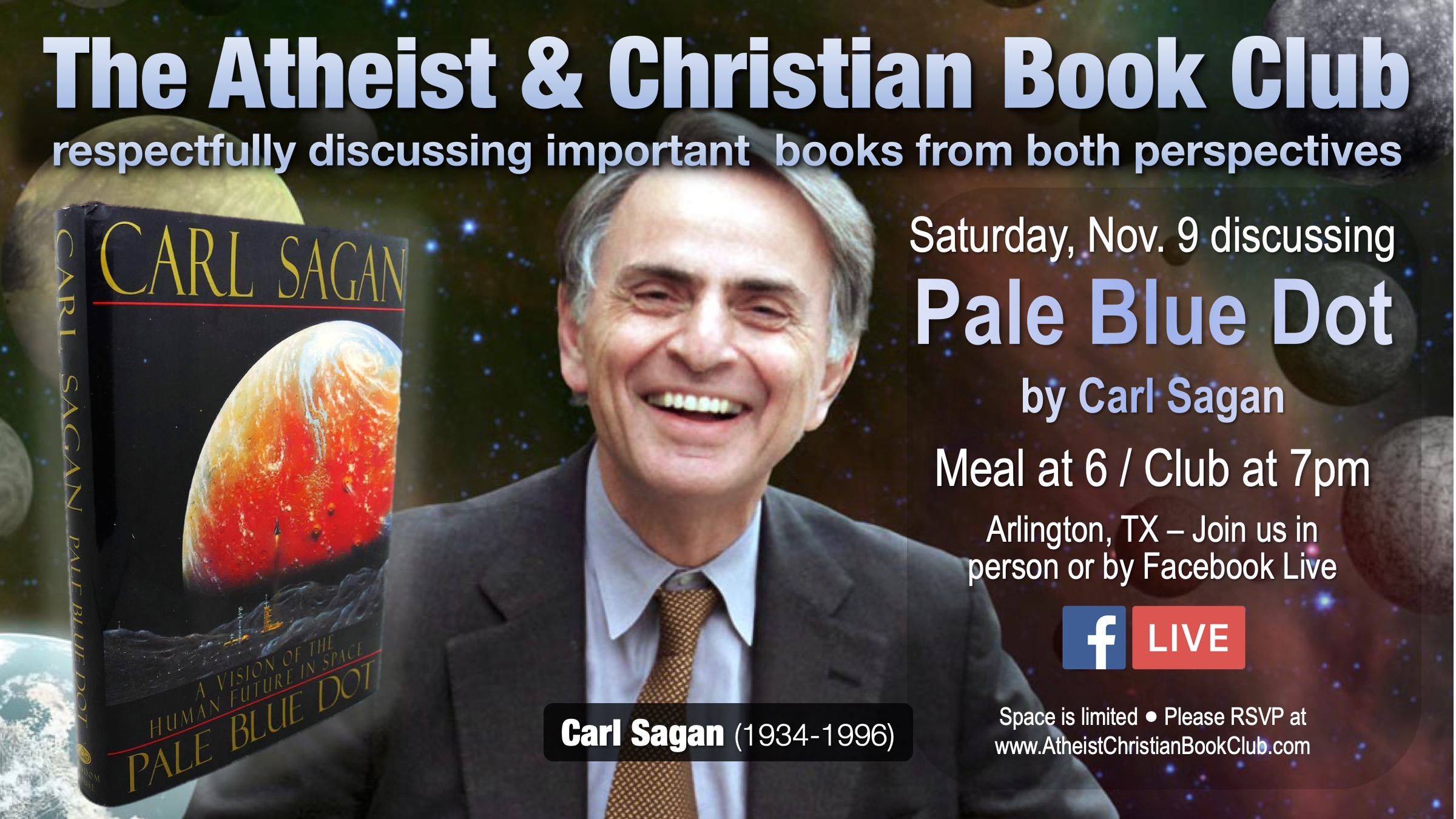 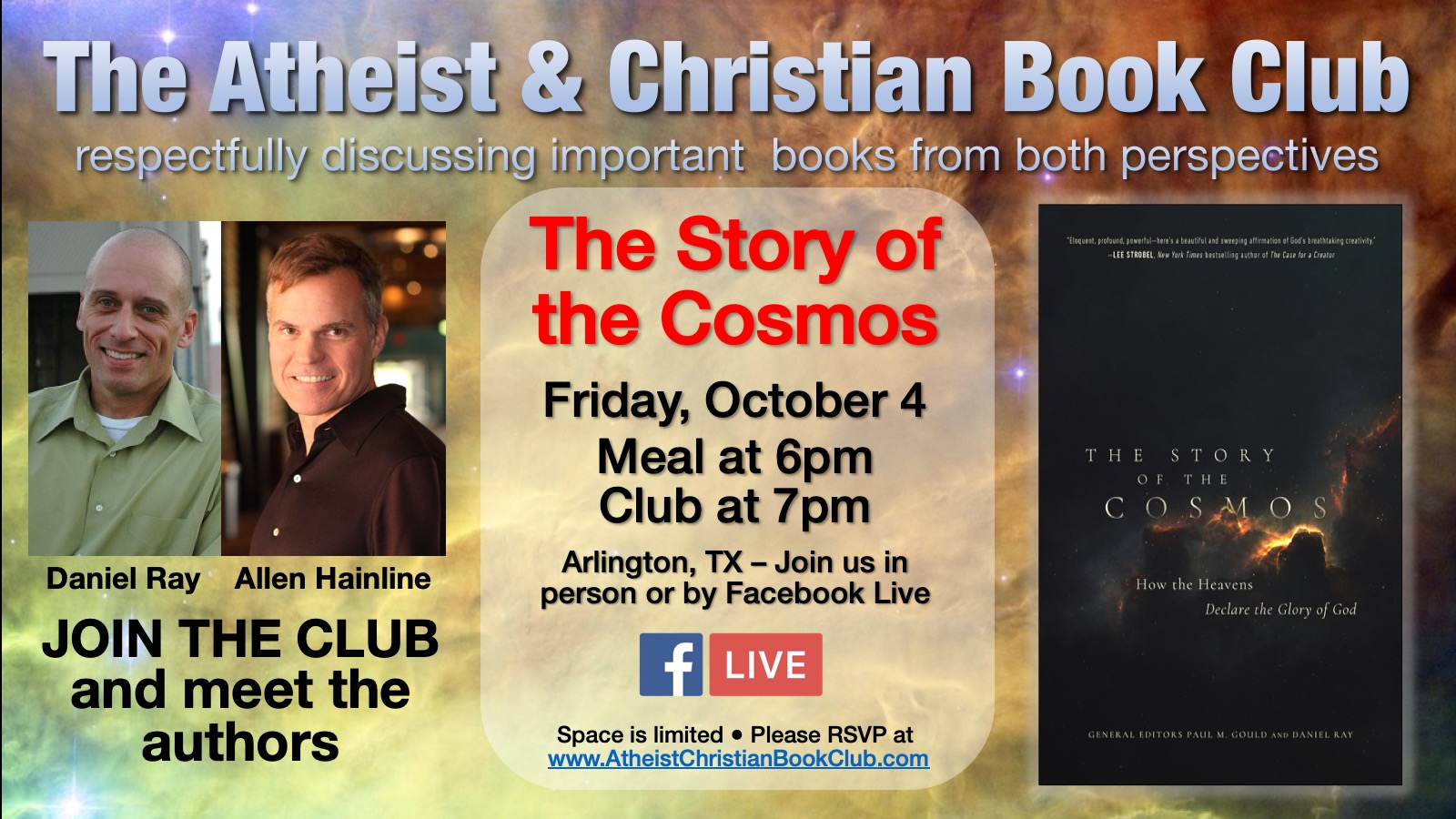 October 2019: The Story of the Cosmos: How the Heavens Declare the Glory of God by Daniel Ray, Allen Hainline, Paul Gould, et. al.  Two of the authors, Daniel Ray and Allen Hainline, were in person. Watch Now! 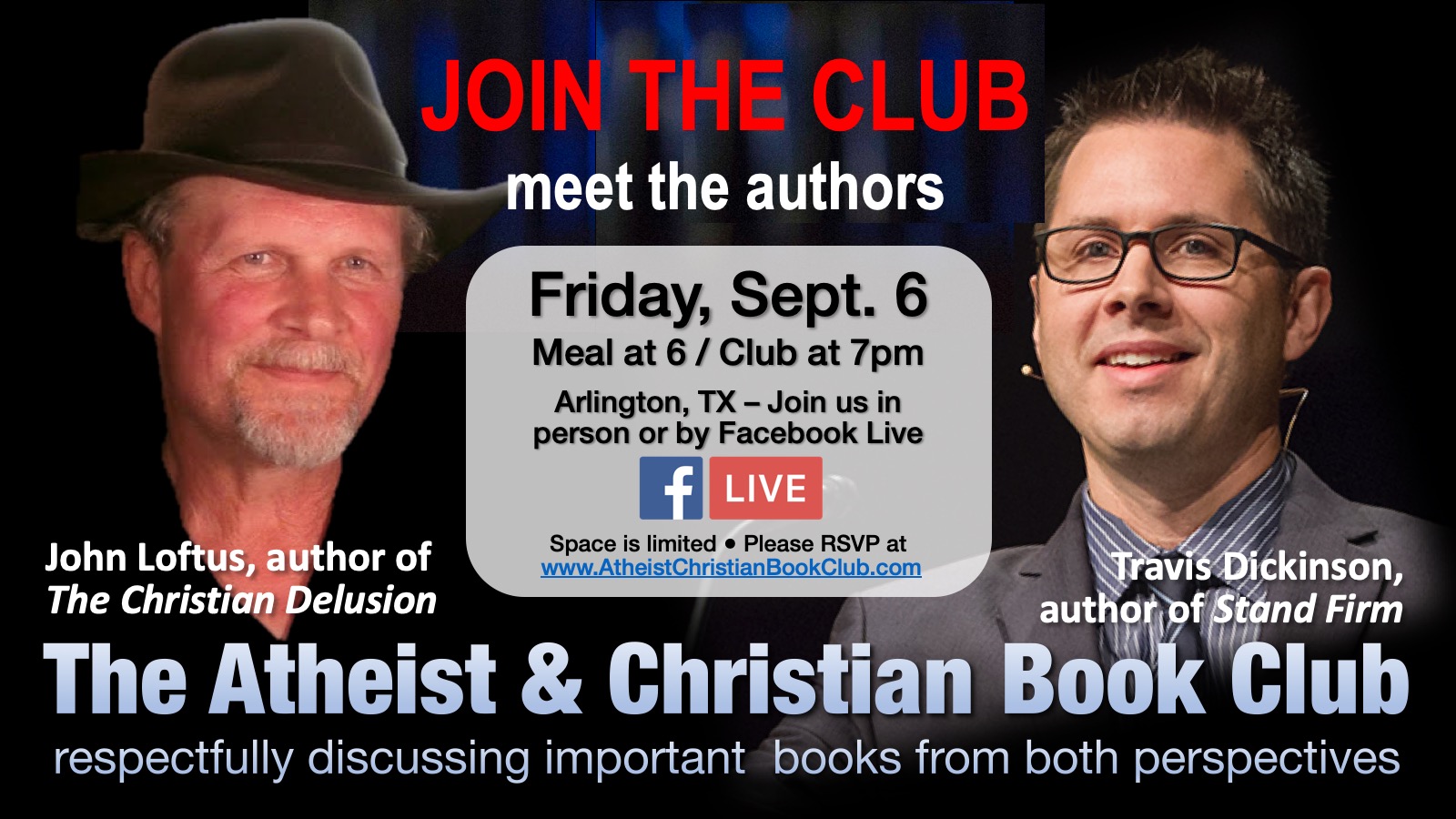 September 2019: The Christian Delusion by John Loftus and Stand Firm by Travis Dickinson (these books are revisited with both authors in person). Watch Now! 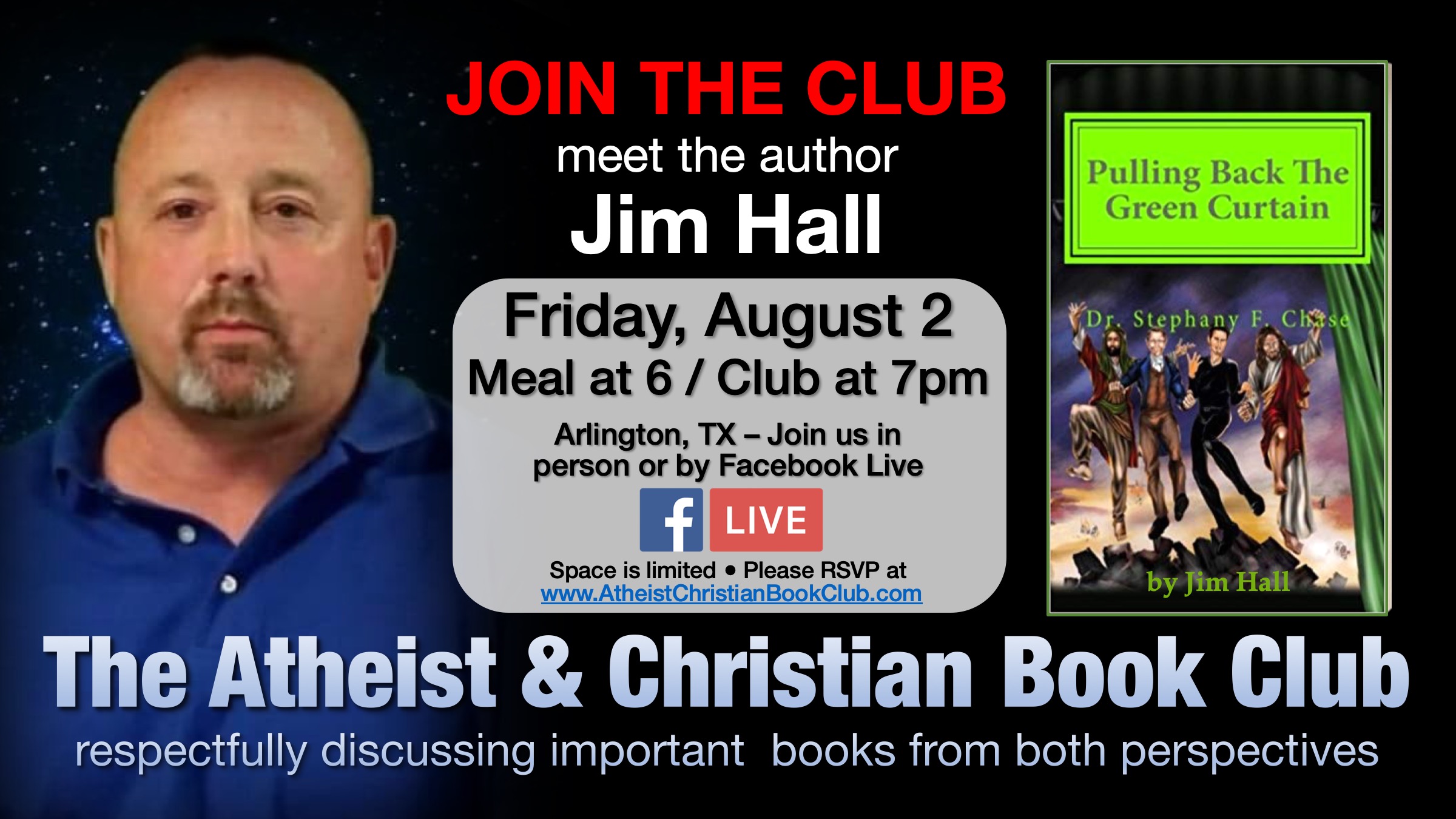 August 2019: Behind the Green Curtain by Jim Hall (in person). Watch Now! 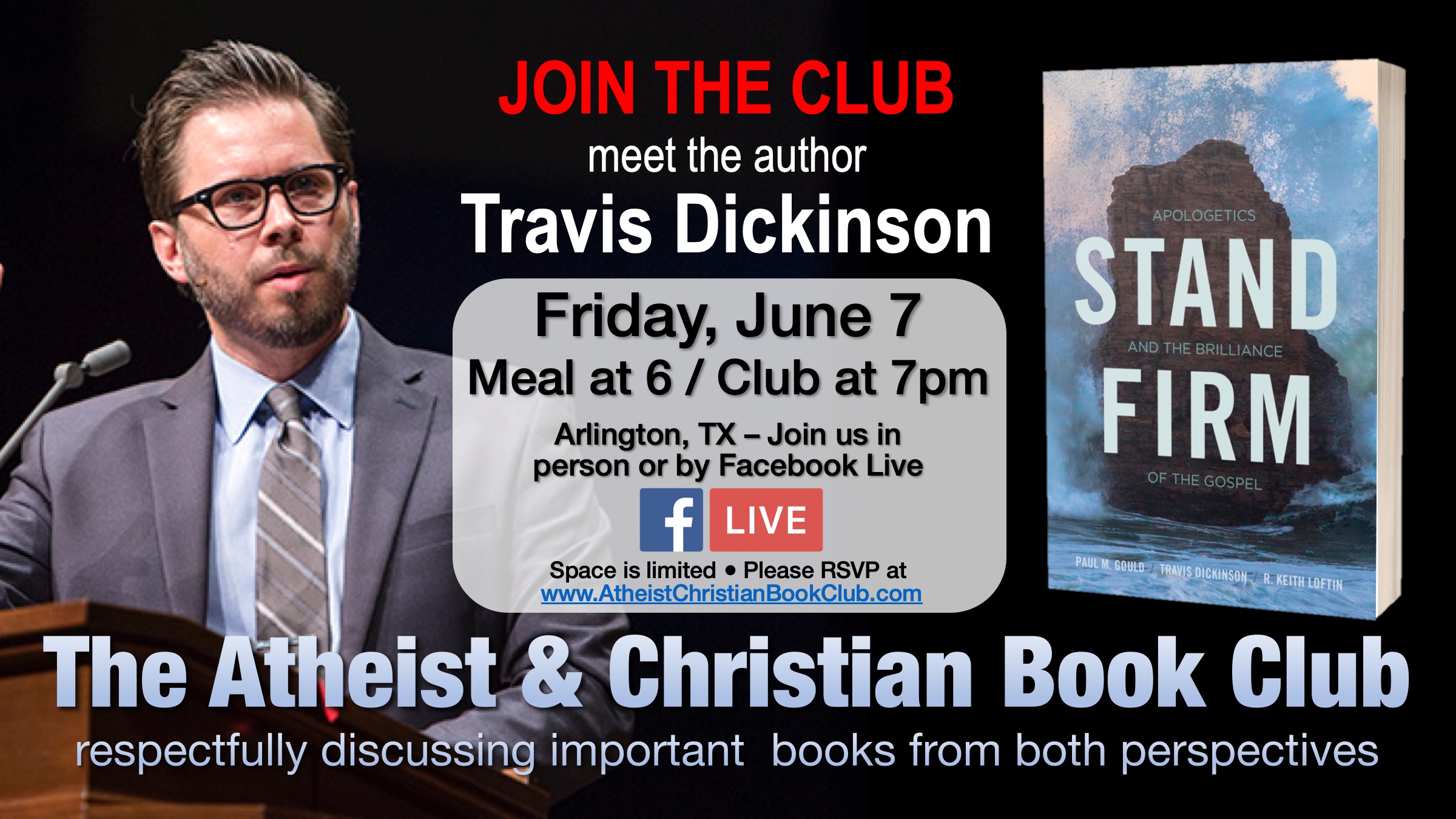 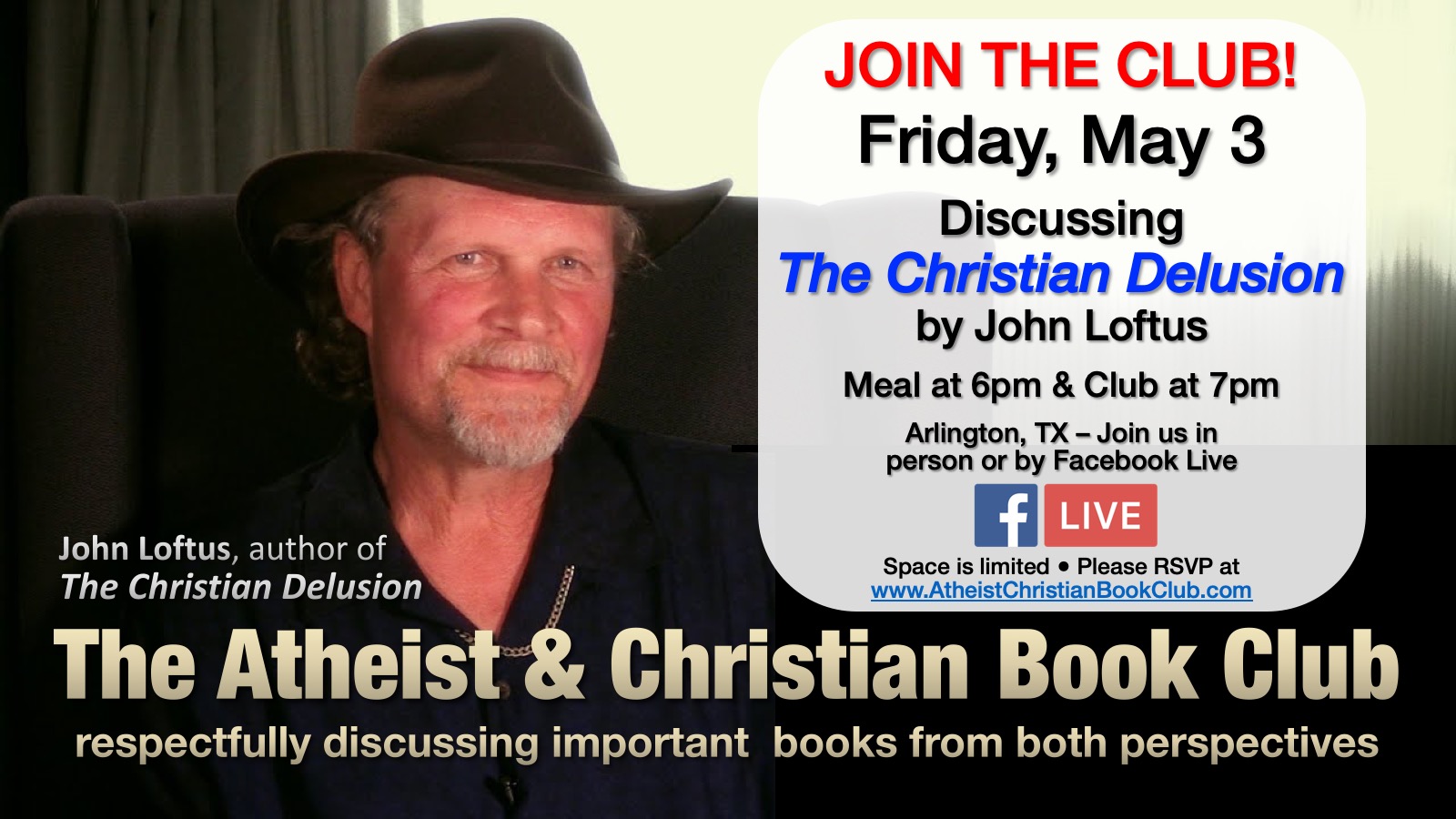 MAY 2019: The Christian Delusion by John W. Loftus. Watch Now! 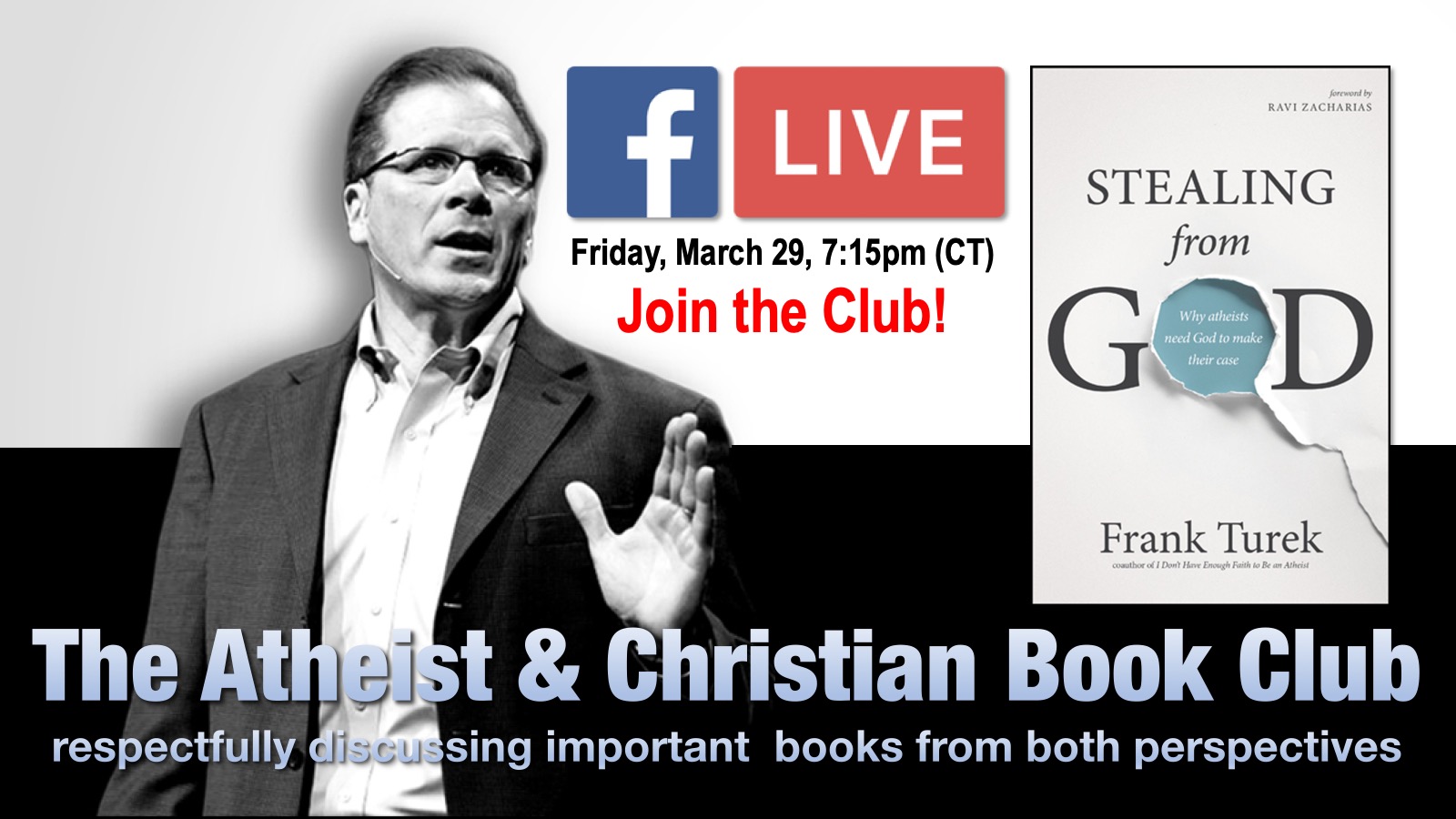 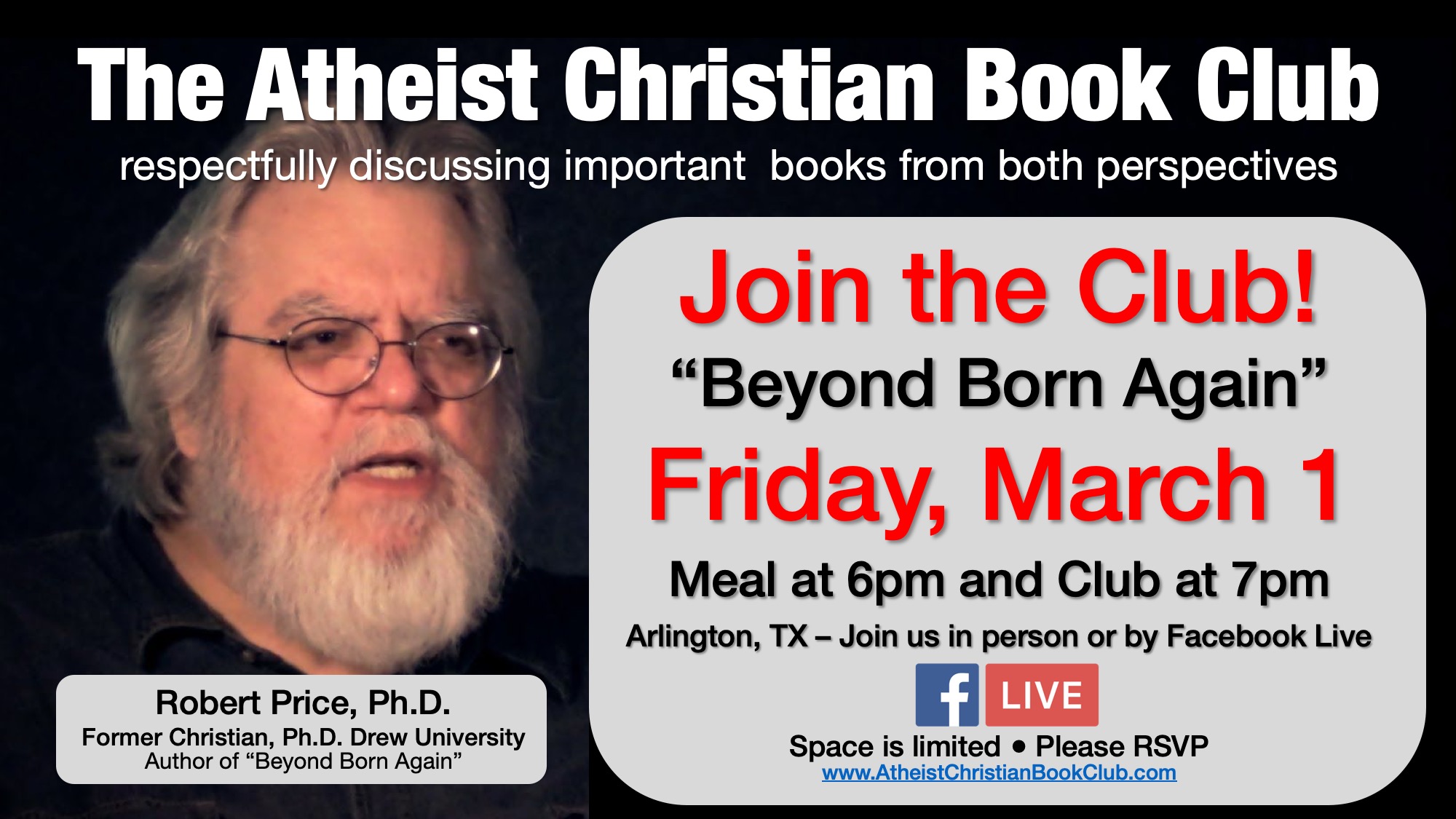 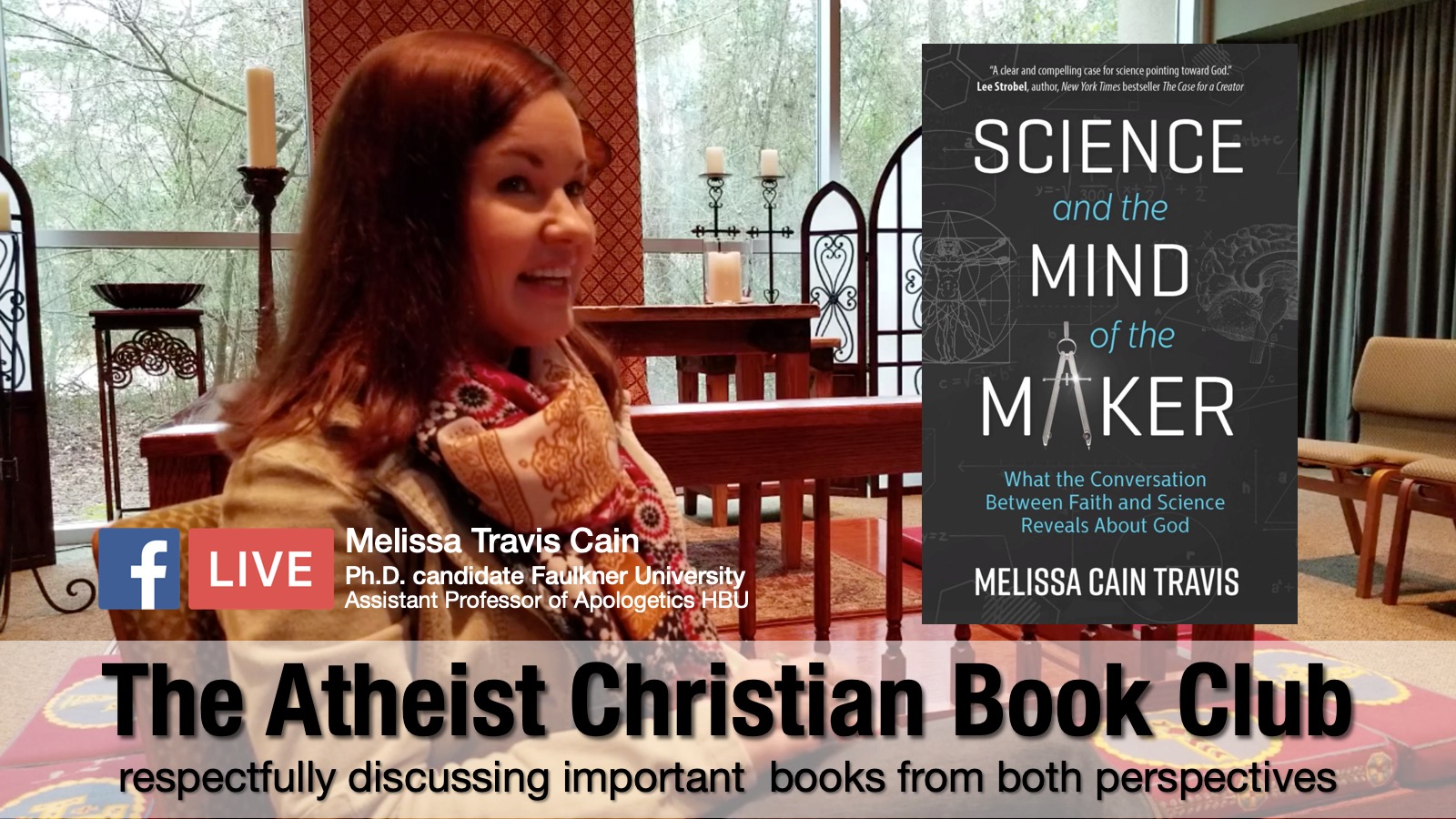 FEBRUARY 2019: Science and the Mind of the Maker by Melissa Cain Travis. Watch Now! 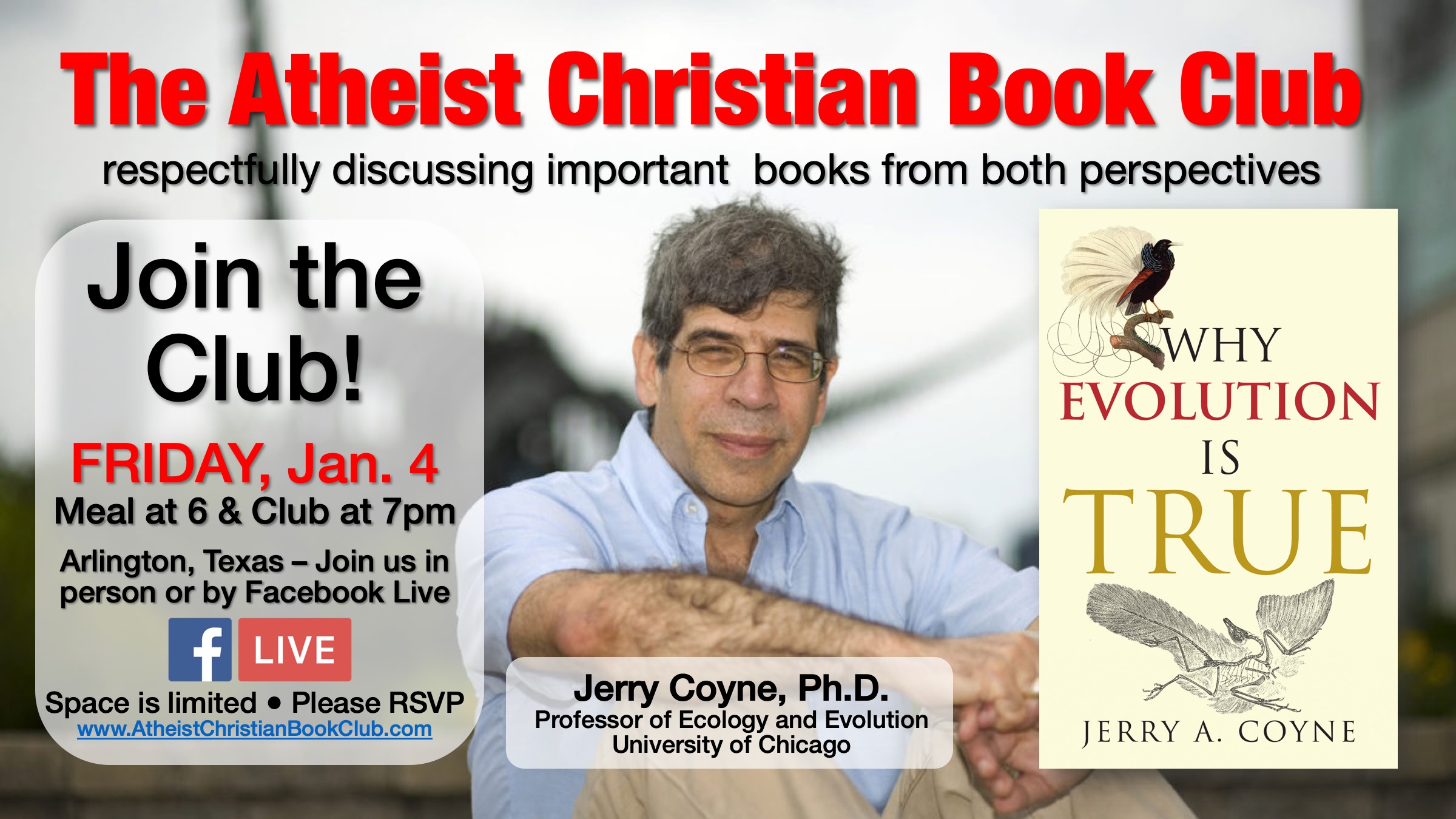 JANUARY 2019: Why Evolution is True by Jerry A. Coyne. Watch Now!

NOVEMBER 2018: Why I Am Not a Christian by Richard Carrier (in person)

SEPTEMBER 2018: Why I Believed by Kenneth W. Daniels (in person)

JUNE 2018: How God Became Jesus by Michael Bird, Craig Evans and others

MAY 2018: Ten Tough Problems in Christian Thought and Belief by David Madison

APRIL 2018: The Language of God by Francis S. Collins 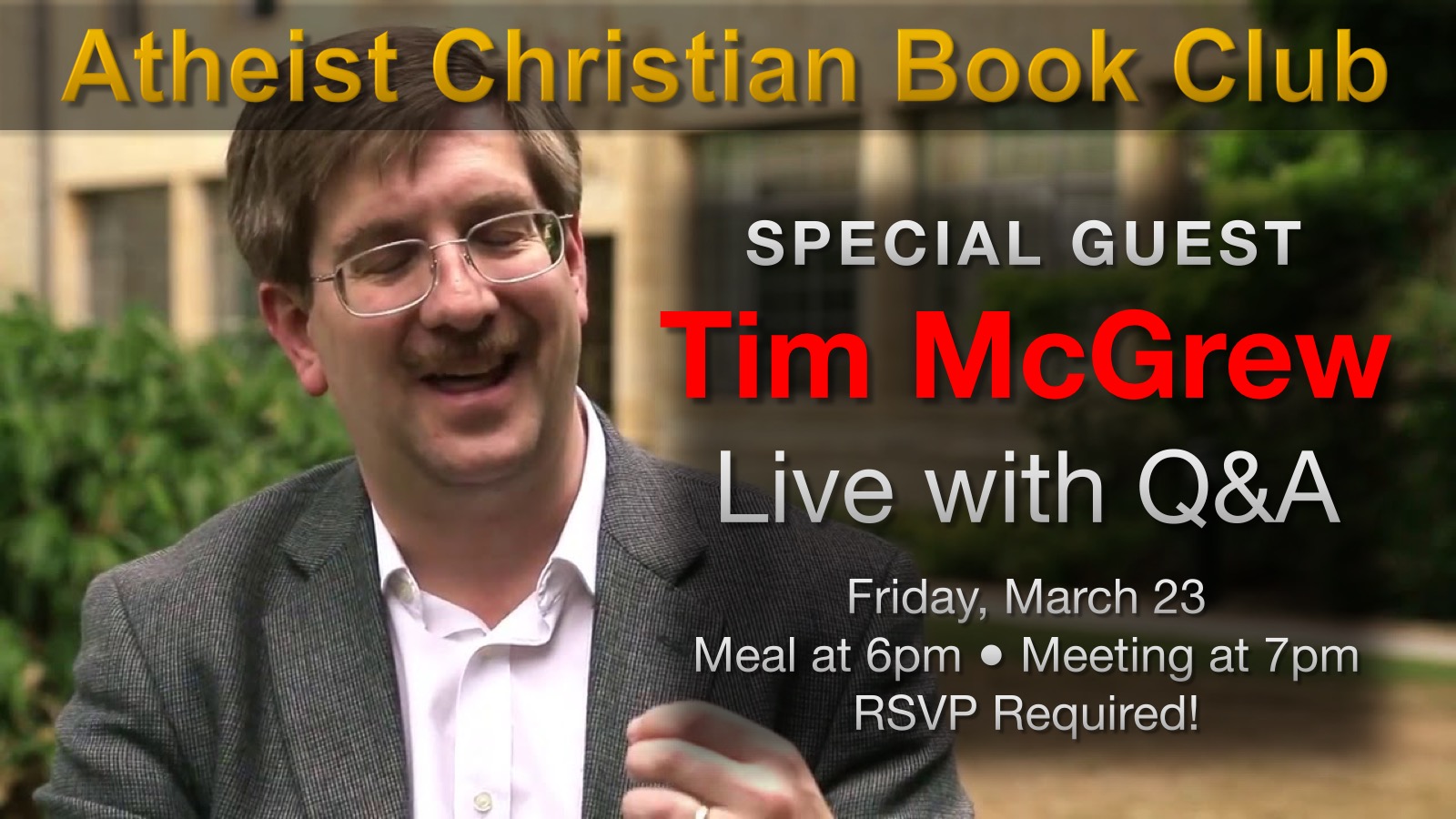 FEBRUARY 2018: There Is a God by Antony Flew

NOVEMBER 2017: The Resurrection of Christ debate between Bart Ehrman and William Lane Craig

AUGUST 2017: Is God Just a Human Invention? by Sean McDowell and Jonathan Morrow

JULY 2017: Foundational Falsehoods of Creationism by Aron Ra (in person)

JUNE 2017: The Case for Christ by Lee Strobel

MAY 2017: A Universe from Nothing by Lawrence M. Krauss