IN PERSON — Our special guest author is Dr. Alan Lightman, a novelist, essayist, physicist, and educator. Currently, he is Professor of the Practice of the Humanities at the Massachusetts Institute of Technology (MIT). We will be discussing his 2021 book, Probable Impossibilities: Musings on Beginnings and Endings.

RSVP: We are meeting by Zoom only this month. The book club meets February 3 at at 7pm (CST). Zoom spots are limited so please RSVP here: Facebook Event Page

How to Join the Zoom Meeting: To attend the book club live via Zoom, just click www.watchman.org/Zoom on Thursday, February 3 at 7pm (CST). Feel free to listen to the conversation or join in with your questions.

BOOK: Our February book, Probable Impossibilities: Musings on Beginnings and Endings, is available in hardcover, Kindle and Audible formats: 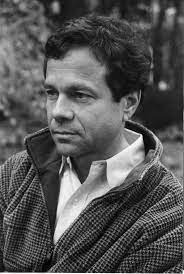 Alan Lightman received his AB degree in physics from Princeton University in 1970, Phi Beta Kappa and Magna Cum Laude, and his PhD in theoretical physics from the California Institute of Technology in 1974. He has also received five honorary degrees. In his scientific work, Lightman has made fundamental contributions to the theory of astrophysical processes under conditions of extreme temperatures and densities. In particular, his research has focused on relativistic gravitation theory, the structure and behavior of accretion disks, stellar dynamics, radiative processes, and relativistic plasmas. In 2003, Lightman founded the Harpswell Foundation a nonprofit organization whose mission is to empower a new generation of women leaders in Cambodia and the developing world, specifically through housing, education, and leadership training.